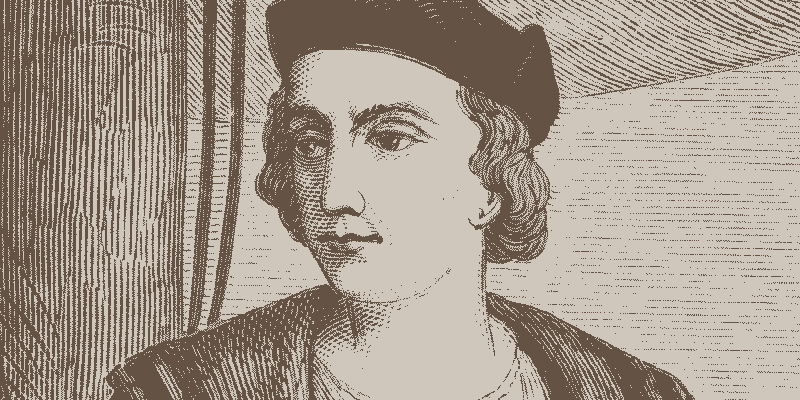 Columbus Day (Christopher Columbus Day) is a U.S. holiday portrayed as the discoverer of the New World on October 12, 1492. This holiday is bit controversial because the European settlement in the Americas led to the termination of the history and culture of the indigenous peoples. It was unofficially celebrated in a number of cities and states as early as the 18th century but did not become a federal holiday until 1937.

By prevailing over all obstacles and distractions, one may unfailingly arrive at his chosen goal or destination. — Christopher Columbus

Gold is a treasure, and he who possesses it does all he wishes to in this world and succeeds in helping souls into paradise. — Christopher Columbus

These people are very unskilled in arms… with 50 men they could all be subjected and made to do all that one wished. — Christopher Columbus

I am a most noteworthy sinner, but I have cried out to the Lord for grace and mercy, and they have covered me completely. I have found the sweetest consolation since I made it my whole purpose to enjoy His marvelous Presence. — Christopher Columbus

Stood off and on during the night, determining not to come to anchor till morning, fearing to meet with shoals; continued our course in the morning; and as the island was found to be six or seven leagues distant, and the tide was against us, it was noon when we arrived there. — Christopher Columbus

Tomorrow morning before we depart, I intend to land and see what can be found in the neighborhood. — Christopher Columbus

I ordered each man to be presented with something, as strings of ten or a dozen glass beads apiece, and thongs of leather, all which they estimated highly; those which came on board I directed should be fed with molasses. — Christopher Columbus

America’s one of the finest countries anyone ever stole. — Bobcat Goldthwait

If Columbus had an advisory committee, he would probably still be at the dock. — Arthur Goldberg

Perhaps, after all, America never has been discovered. I myself would say that it had merely been detected. — Oscar Wilde

Christopher Columbus, as everyone knows, is honored by posterity because he was the last to discover America. — James Joyce

If aliens visit us, the outcome would be much as when Columbus landed in America, which didn’t turn out well for the Native Americans. — Stephen Hawking