Uber could soon become a robot taxi. All the works are in process. To observe the passengers reactions, the raid-hailing company has decided to put a handful of self-driving cars on the roads of San Francisco. The parent company of Google has decided to make this technology as the commercial one. 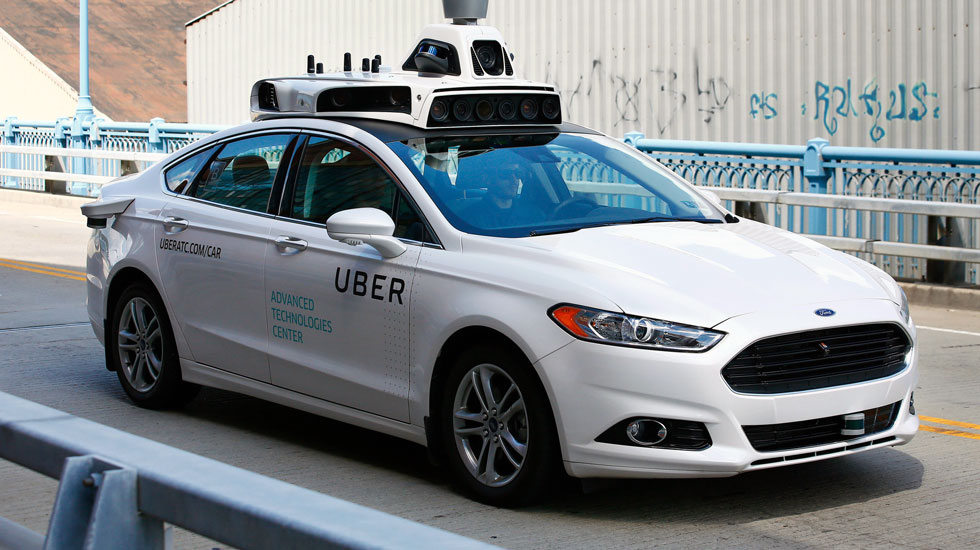 In Pittsburgh, Uber has spent three months for testing its robot cars with passengers inside the car. Uber did these using hybrid Ford fusions and plug-in hybrid Volvo XC905, a pilot that will continue the car. Both in Pittsburgh and San Francisco, an Uber engineer will sit inside the car during the testing process. The engineer is there to take control of the wheel or hits the brake when the self-driving car fails to do and he will manage the other actions, which the automated car fails to do. There will be another engineer at the control room; he will be monitoring the self-driving car on the laptop. An engineer will notify the engineer, inside the car in case of any emergency.

Uber couldn’t confirm when autonomous cars can drive by themselves without the help of a driver or an engineer; this is something that is not legal on the roads of California.

According to the company, allowing the self-driving cars to San Francisco is a way to improve their technology through the real-world operations and experiences. San Francisco is the city that has no bikes on the road and it has high traffic density and narrow lanes.

Uber’s self-driving Ford Fusions have been driving on the roads of San Francisco for weeks in order to create three-dimensional maps of the city in preparation for the pilot program.

On the south of the market during the test drive, a retrofitted Volvo performed well, it traveled around the complicated construction barriers and it made lane changes, it was good at handling rain and it recognized cyclists in bike lanes. But the Uber engineers named it as “slightly aggressive” because, the car accelerated when it approached a yellow light, which caused the driver to hit the brake and no accidents were made.

On the whole, the raid was smooth, when compared to the test drive held on September 2016. During the test ride, Uber engineers took control of the car every couple of minutes. In the recent Volvos, the engineer took control over the car for nearly four times over 20 minutes.

A Silicon Valley entrepreneur, Brad Templeton said that the ride was quite boring if it was interesting something should have gone wrong. He feels that Uber pilot and Google Spinoff was positive steps for the future. Having the real customers and observing how they feel is important.

Google’s parent company, in contrast to Uber and other rivals, has offered no timeline for commercialization of its autonomous driving technology. But it is a step to create a self-driving division and it is in a short way for forwarding its mobility and the company is focused on this aim and it is pushing more forcefully.

The company is close to establishing this to a lot of people. He pointed out the possible uses such as raid-hailing, trucking, public transportation, and personal ownership. Dmitri Dolgov, the head of technology at Waymo said that Fiat Chrysler will provide the raid-hailing service with semi-autonomous minivans within the end of 2017.

Many people are doubtful about the self-driving technology, even Silicon Valley and Detroit step forward towards implementing it. Nearly 1,600 Americans were surveyed, more than half of the people felt that the autonomous cars are dangerous and 28% of people said that the cars could be hacked.

Uber is gradually trying to make people adapt to self-driving cars, just like it made people prefer ride-hailing. A professor at Vanderbilt University said that at first, people refused to use Uber, slowly people started to adopt it, the same will happen in the case of self-driving cars also.

The self-driving Volvos in the Uber’s pilots stem are a $300 million partnership between Volvo and Swedish car maker. Vice president of product planning at Volvo, Marten Levenstam said that their company has 90 years of experience with automotive. The company knows how to design a car. All the experts can clearly see how well the Uber’s self-driving car is planned and executed. It is different from a science project and it is a real prototype.

Self-driving efforts of Uber took off in early 2015; Google started its self-driving car project in 2009. Google’s bubble shaped cars have logged more than 2 million miles. Key engineers have seen defections in Google and the executives have insisted that this project will take long years to mature.

More: Uber vs Taxi: Which is Preferred by Users?

The founder and director of Google’s self-driving car team, Levandowski is a case in a point. He left Google and co-founded the startup called Otto, which is the San Francisco-based company. Otto quickly got autonomous car projects and they conducted their test drives in Nevada and Colorado, and it was acquired by Uber for $680 million. Levandowski was appointed as the in-charge of Uber’s self-driving efforts.

Now, with the help of the Google’s technology, Waymo appears to be stepping on the gas. It can reward its employees with lucrative incentives, similar to the rewards offered by the startups.

Waymo is also focused on the self-driving technology, but it is not a car company. The company is not in the attempt of making better cars; they are in the mission of making better drivers.

Google has handled smartphones; they were in the attempt to develop the Android software, not the hardware. And Google has started to build their own phones and they may step out of the car market.

Waymo executives feel that their technology is completely autonomous. But they may have a steering wheel and other controls, due to some regulatory issues.

Waymo’s mapping system identifies people and items on the road, in addition to this; it can also predict the future actions. For example, the Waymo car can identify the police car and can tell whether the lights are flashing. If it sees the cyclist, it can predict in what direction the person will move next. The self-driving car has to prepare for unexpected encounters, twists, and turns. It is like a truck driving on the wrong side of the road or an animal moving in front of it and it must be programmed in such a way that learning to cope up with all weather conditions, including snow and rain.

Especially, an automated car should able to tackle the unexpected things and the real success behind the non-accident drives. Human lives are more valuable, it is the duty of the self-driving car manufacturing companies to safeguard the human lives, follow the traffic rules, above all, it should not cause harm to both lives and properties.