Microsoft Laptops: A Trip Down the Memory Lane

Microsoft Windows has been the “Primary OS” across desktops and laptops for a long time. With such a dominance and virtually no big competitor, Microsoft has stuck to just providing software to other manufacturers. But times are a-changing. With Google entering the hardware business and with Apple’s success, hardware is a lucrative piece of the pie that Microsoft desperately wants, especially after their massive dud that was the Windows Phone platform. 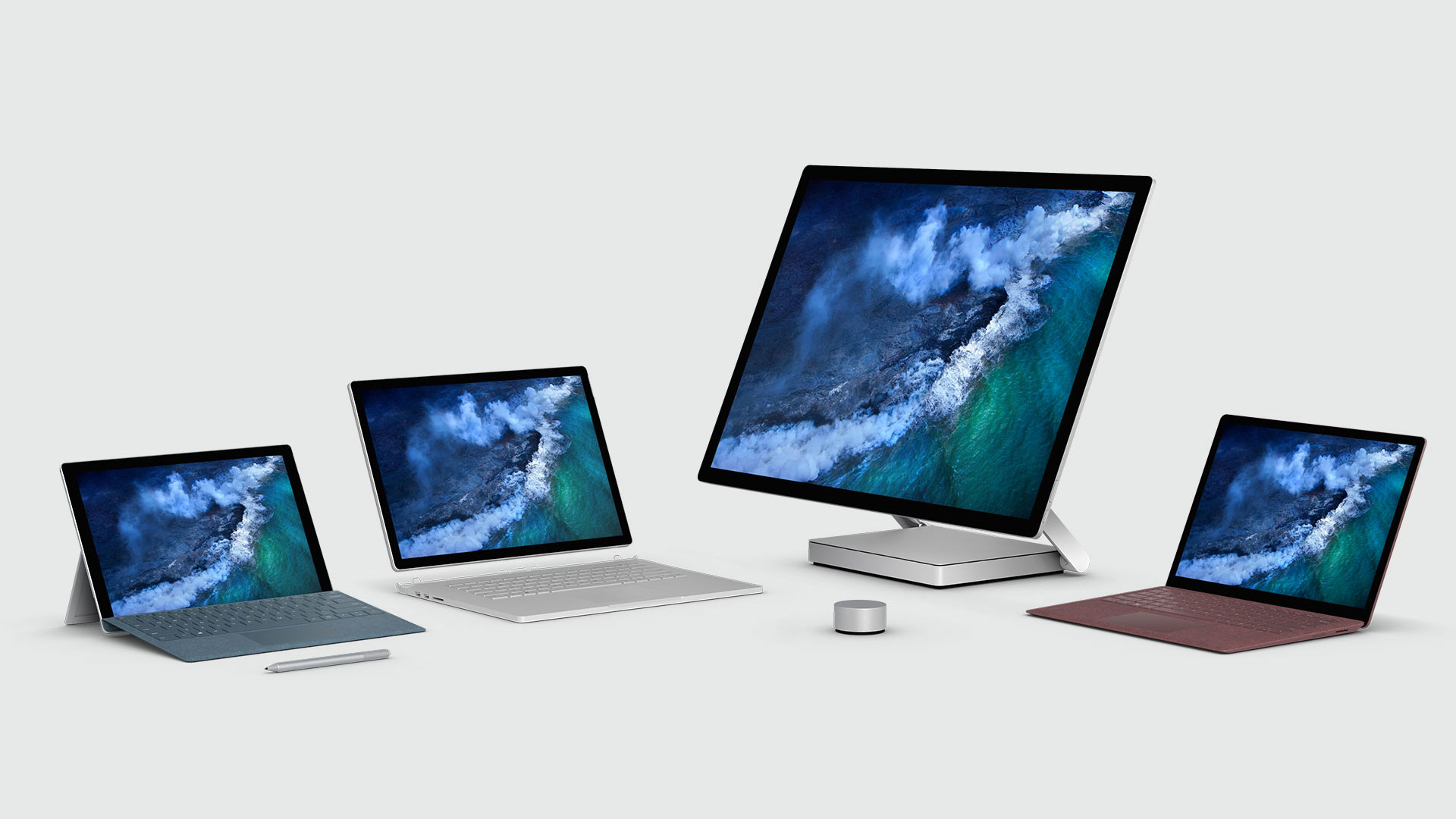 The first Microsoft Surface tablet came out in 2012. These tablets were uniquely built for a touchscreen experience, a marked departure from the Mouse and Keyboard friendly Windows personal computers. There was a reason for this. The first Surface ran Windows RT a version of Windows designed for ARM processors. This meant a serious dearth of apps and one of the reasons why its sales were poor and led to  Microsoft scrapping Windows RT soon. 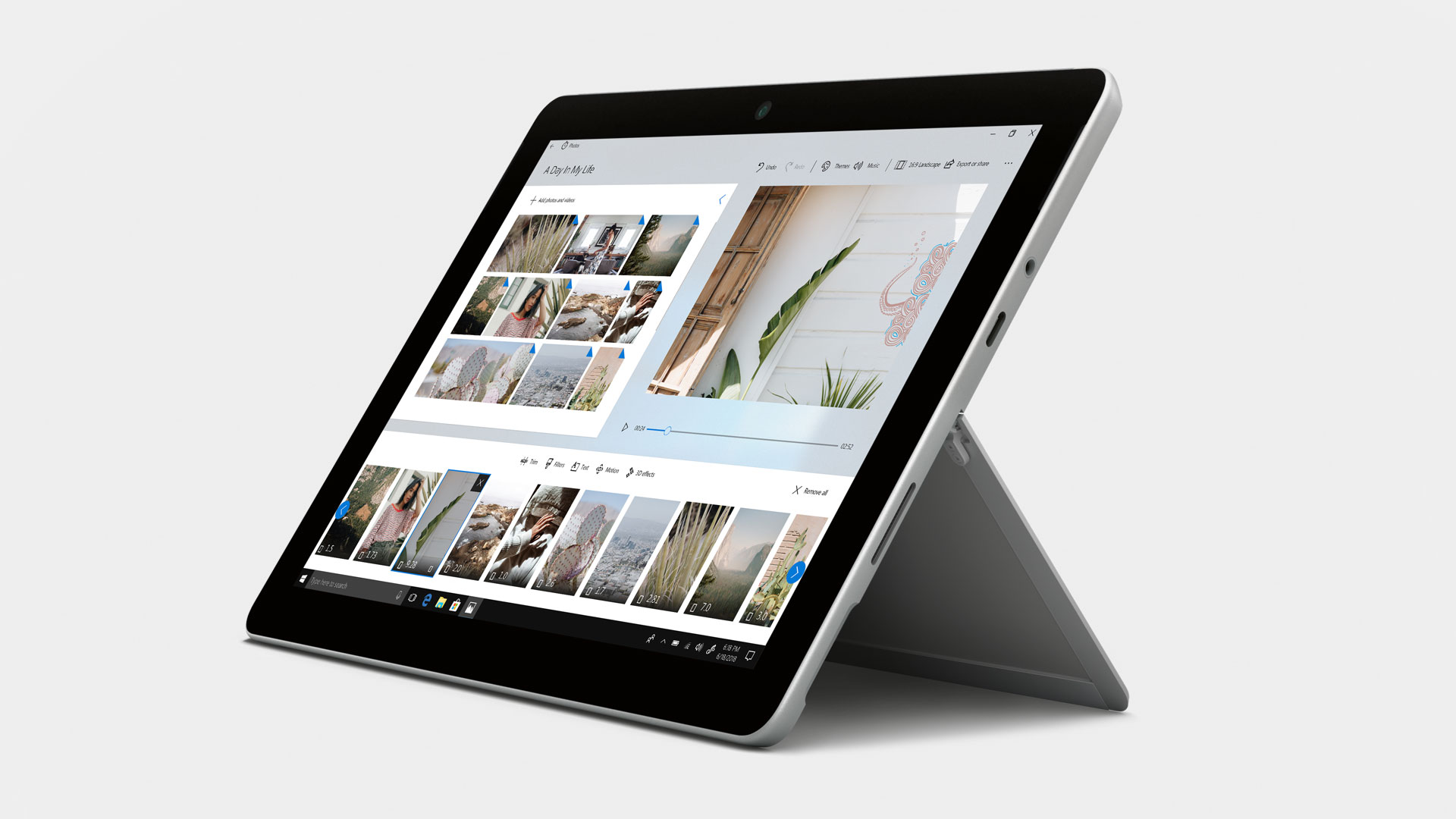 Currently, Microsoft offers, Surface Go the latest version of the Surface Tablets. It is one of their most affordable devices and comes with full stylus support, 1800 x 1200 3:2 display, Full  Windows 10 and an Intel Pentium Gold processor.

The ARM-based Surface hybrids were not designed to handle the myriad apps supported by Windows, so Microsoft took another shot in 2013 to restore balance after the horrors of the Surface and Windows RT. The Surface Pro series supported full Windows 64-bit support and ditched the ARM processors for low voltage Intel i5 processors. 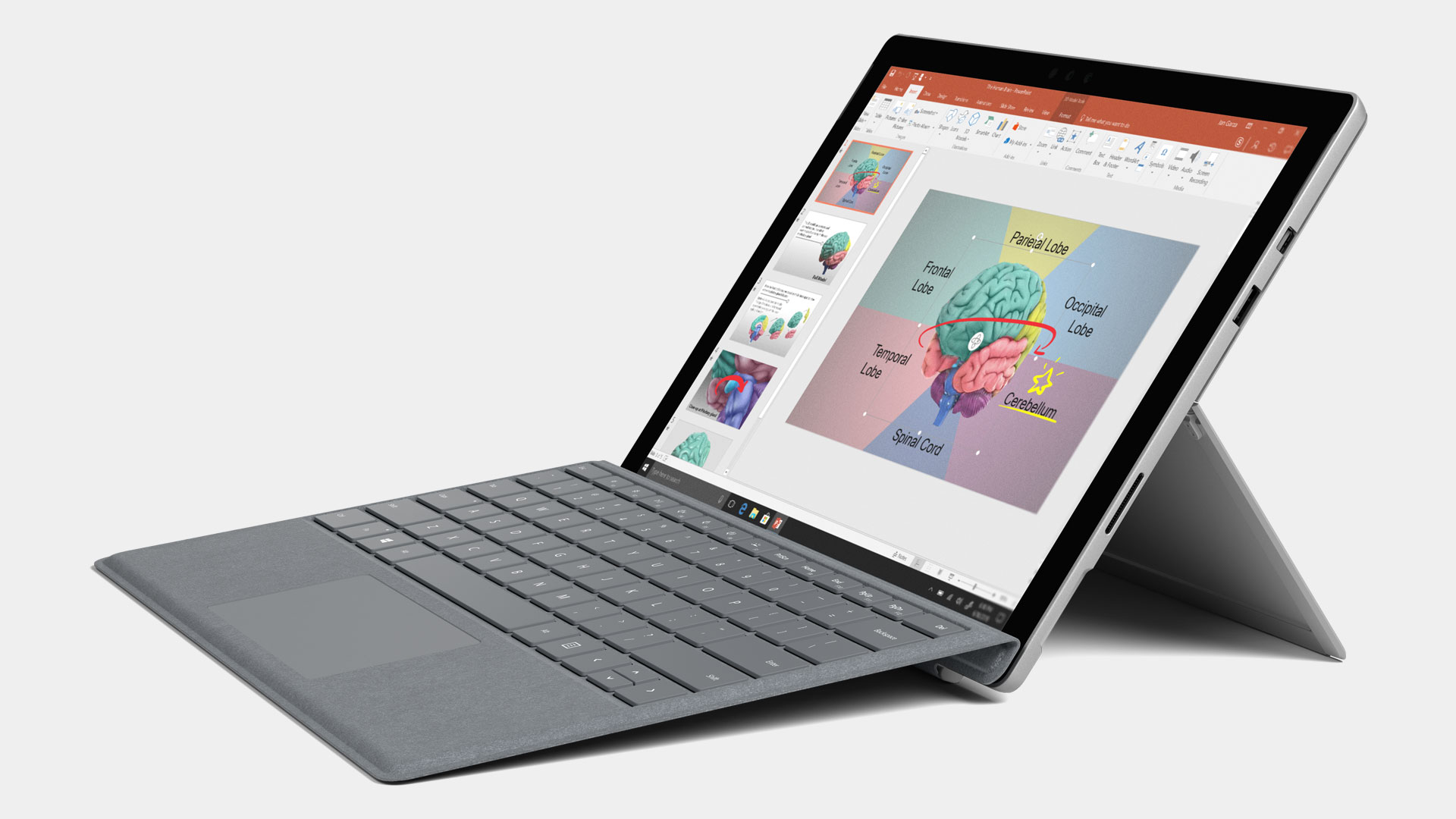 The original Surface Pro carried a movie-friendly 16:9 display which was updated to a more web-friendly 3:2 with the Surface Pro 3. This has now become one of the highlights of the Surface series.

The touch-type cover and kickstand functionality gave it the usability of a laptop despite the tablet like exterior. With a Wacom digitizer in the screen and a Stylus, the Surface Pro became a great tool for graphic designers also. This is something even Apple copied with the iPad Pro by bringing a portable stylus-friendly tablet.

Over the years Microsoft has launched many iterations of the Surface Pro from Pro 2,3,4 till the latest Surface Pro 2017. The Surface Pro series remains an important series for Microsoft as it offers the best deal to the customer in terms of Budget and Performance.

With the Surface and Surface Pro devices designed like hybrid laptops, Microsoft’s true laptop competitor was the Surface Book launched in October 2015. This machine was the first Surface device to be marketed as a laptop in the market. Another unique feature of this device was the dynamic fulcrum hinge, home to only Microsoft’s Surface series, which supported the heavier display portion of the notebook. This was so that the display portion could be separated and used as a standalone tablet, while the keyboard housed an additional battery and the discrete graphics. 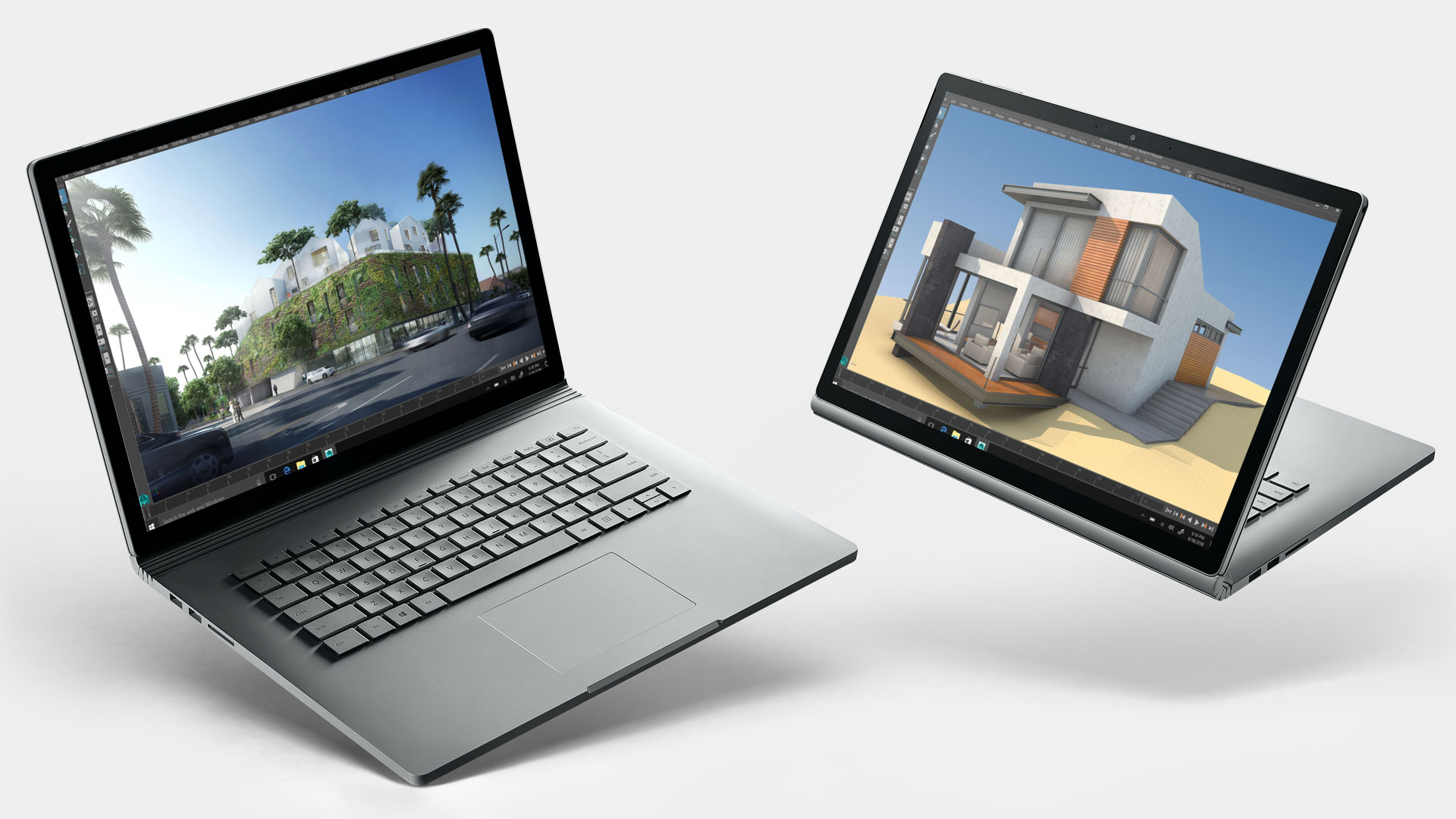 The 13.5-inch laptop came with a 3000×2000 display resolution which seems a little odd given that it is a 3:2 aspect ratio screen rather than a 16:9 ratio one. This was because the much taller screen makes it more optimized for productivity and watching web pages; something the Surface Book is designed for.

The entire line of the Surface Book line is fully compatible with Windows 10 (64-bit) and uses Intel’s i5/i7 processor along with a custom  Nvidia GeForce 940M or 965M GPU.  Like all the Surface devices this one too has full support for the stylus pen.

Launched on 2nd May 2017, the Surface Laptop is the only non-detachable laptop in Microsoft’s Surface lineup (which is already getting pretty confusing). This Surface Laptop came loaded with Windows 10 S which was pretty restrictive but you could freely update to Windows 10 Pro which removed all of these restrictions. 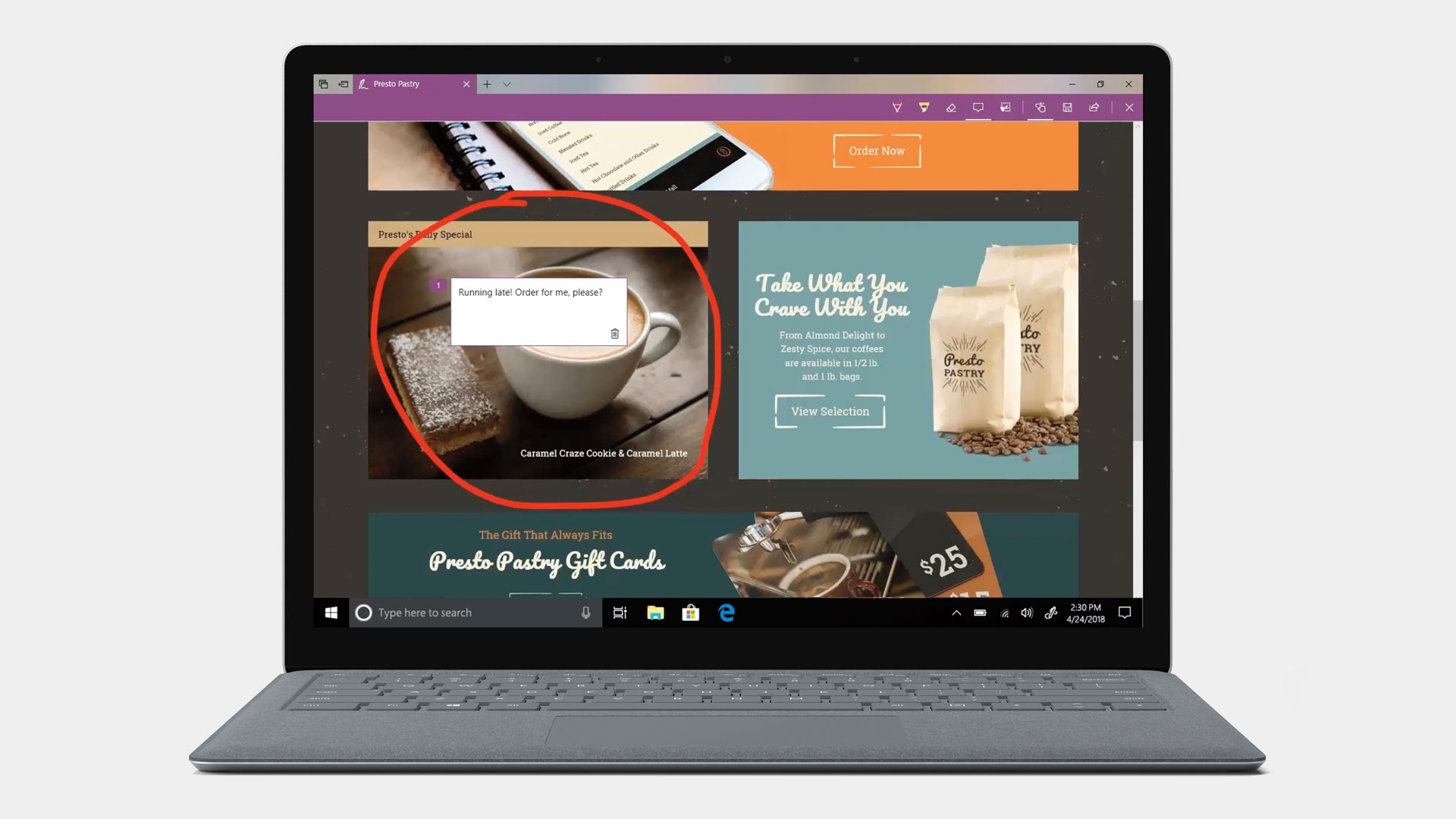 Made specifically for students, the laptop came a display of 2256 × 1504 and productivity-friendly aspect ratio 3:2. Even without a detachment option, this laptop is compatible with the Microsoft Stylus Pen. Using the seventh gen Kaby Lake processors, this laptop came in two variants, Intel Core i5, and i7 variants.

The Surface line of devices today is not just limited to laptops and tablets but consists of all-in-one computers, whiteboards, hybrid-tablets, accessories and even a rumoured Surface smartphone.

The future of the Microsoft Surface series is laden with many kinds of different devices, including a Windows-based smartphone. The idea behind introducing the Surface line was to usher the world into a different era of computing. Stemming from the worry that no other company would create a hardware that matches the pure Windows software experience, Microsoft gave birth to the Surface line.

Despite the first few setbacks faced by the initial Surface laptops, the company has hit back with the later additions to the Surface family. Offering you a seamless experience of computing. Light, efficient and dynamic, Microsoft has created a new breed of laptops that are to change the way we look at computers and the way we use our computers.